It is hard to explain, but once you get hooked on skiing, there is no escape. Those of you who ski know what I am talking about.

Once you get good at skiing and the slopes begin to seem a bit tedious, off-piste and heli-skiing are the thing!

It is expensive, but in my opinion it is worth it. I first tried flying in a chopper in Val d'isere. Real heli-ski, where the helicopter lands on the mountain, it not permitted in France. What we did was to cross over the ridge between Fornet and Belvallé on foot. Then we skiied down to Belvallé. Belvallé is a small family-owned resort, with only a few skiers, so the off-piste was really good! Since the only way to get back to Val d'Isere is by a six hour drive or by helicopter, the only living beings we met on the way were eagles and mountain goats. We also passed through a village that is deserted in the winter, it was a real ghost town. The day ended with the chopper flying us back to Val d'Isere.

In 2001 I went to Banff, Canada with the sole purpose of trying some *real* heli-skiing. The skiing itself took place in the Purcell Mountains with the Panorama Ski resort as base. 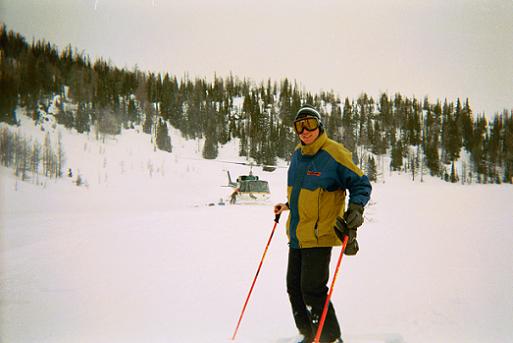 During three days I managed 21 lifts by helicopter, my legs were constantly tired, nut the snow was perfect and the experience so incredible. I just could not help it. If you are used to getting off the lift and looking down at a prepared slope, imagine standing on a mountain top, just you and a small group of people, looking down a mountainside where no one has apparently been before. It is amazing. 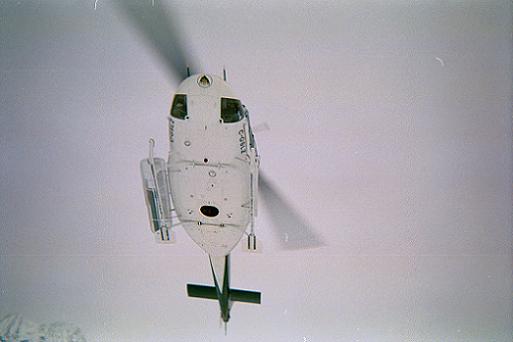 The helicopter coming in to pick us up, Canada 2001

Those three days with RK Heliskiing were the best three days I have had on skiis.

2003 brought the next heli-skiing experience. I went to Cervinia, Italy, with some colleagues. The resort itself was a bit disappointing, not many of the slopes would have been rated red or black in France. But there was a helicopter... 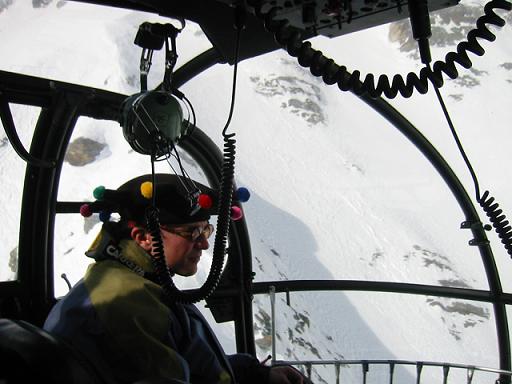 Looking out the window, Cervinia 2003

I went up four times. I tried to ski Mount Rossa and a long tour around Matterhorn. The Mount Rossa marked the highest point I have been. We were supposed to be dropped off at 4200 meters, but due to bad weather with clouds and very poor visibility, we had to touch down at 3900. But I think we were all glad to land. The pilot was flying just a few meters above ground, in order to not loose sight of the mountain, but he was not going to let that slow him down... 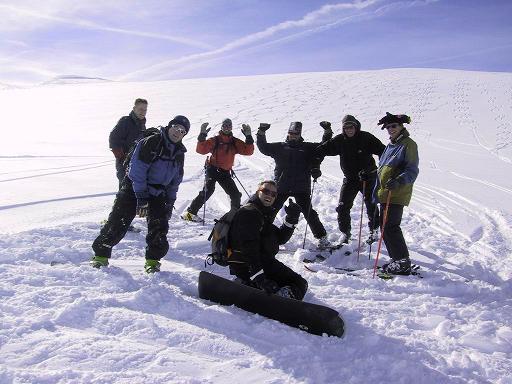 The Matterhorn trip involved skiing over a few glaicers with quite a number of crevasses. It was my first time skiing with a harness - so one could be pulled up if one fell in... 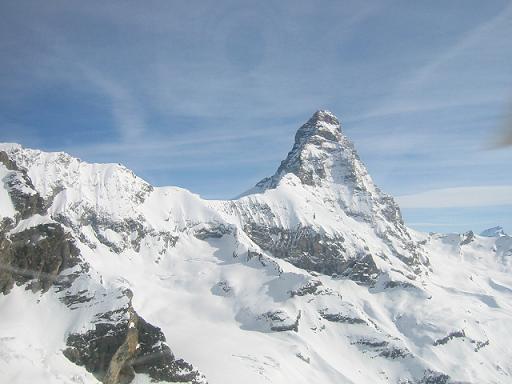 Matterhorn as seen from a helicopter, Cervinia 2003

2005 marked the last time in a helicopter so far. Again it was Val d'Isere, and again the idea was to ski off the piste and end in the middle of nowhere with the helicopter bringing you back.

Now I have to spend some time on the slopes again - until my daugther is good enough to go heli-skiing with me. 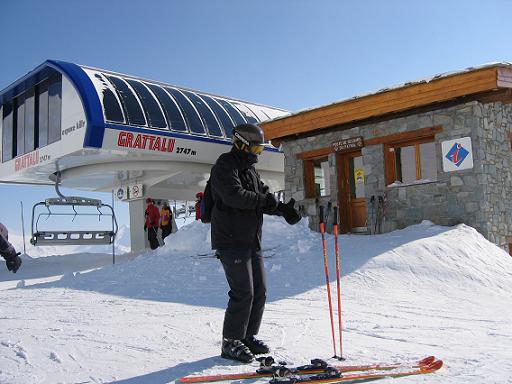